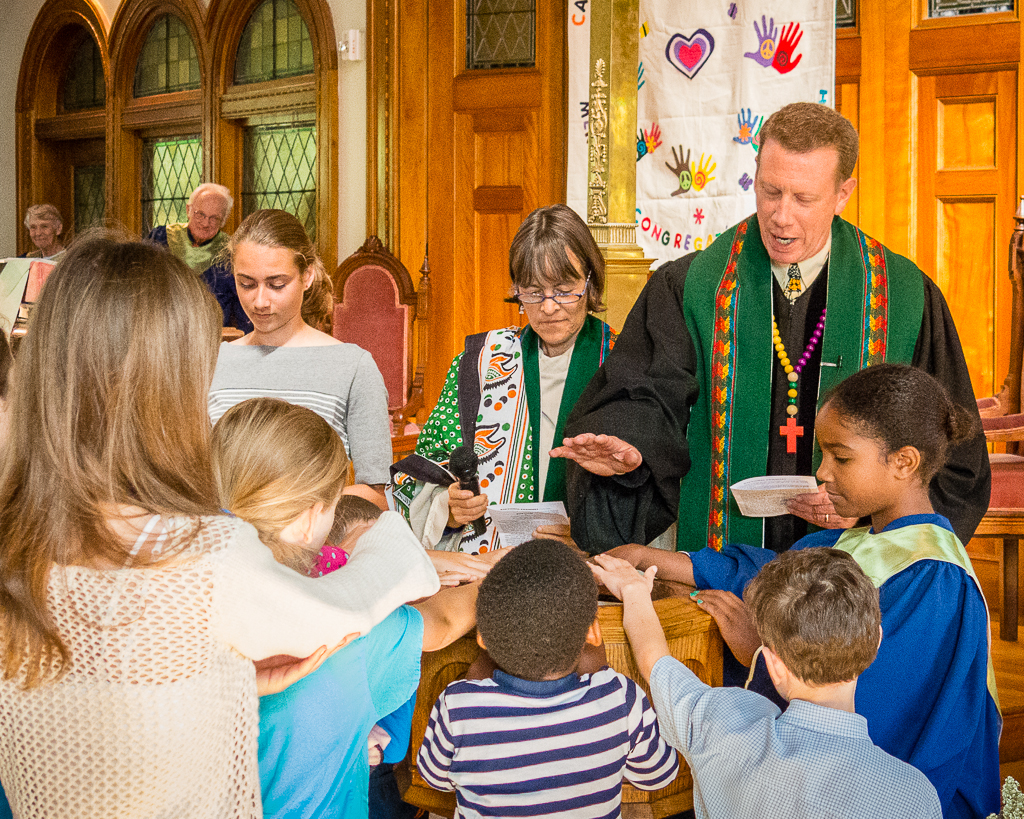 “To love is to make a decision against white racism”
– James Cone
“Love is a Sanctuary, a safehaven and place to rest”
– Theodore Volgoff

Although I’ve never been a particular fan of Columbus Day, like so many, I was mis-educated to believe that he was some kind of hero worthy to be venerated—after all, not only does he have a holiday named after him, but his name is so ubiquitous throughout our nation as to even be that of our capital, the District of “Columbia”. For where would we be had Columbus not “discovered” America, or so the story still goes in far too many of our schools and homes! Yet, as Adrian Maxey of the Dakota Association, reminds us: “[T]he native people[s] were never lost and they are not lost now. They were exactly where the Creator put them; therefore, they cannot be discovered. They already know the Creator and the Creator knows them.”

Indeed, at least part of what I was never taught, is that the land that Columbus “discovered” was neither an empty, barren wilderness, nor sparsely populated only by unsophisticated “savages,” waiting only to be “saved” by European Christians. Rather, as is now well-documented, though perhaps still not well taught, the Western Hemisphere of 1492 was home to more than 100 million Indigenous People, with wealthy, urban civilizations and complex farming cultures, a land filled with “cities, writing, mathematics, astronomy, calendars and engineering,” according to historian, Charles Mann. The racial and cultural superiority which still fails to honor and celebrate the original peoples of this land is a direct descendant of the arrogant white, Christian supremacy which led throughout the next 80 years to what genocide expert, David Stannard, describes as “the largest ongoing holocaust in the history of humanity.” L By the end of this devastating “encounter” between Native Americans and our European illegal immigrant forbears, 95% of the Indigenous population had perished, and 100% of the their land had been stolen, thereby enriching the European conquerors with the spoils of their ruthless exploitation.

And perhaps most distressing of all, at least for those of us still identified with Christianity, is that all of this plunder, enslavement, pillage, torture, and slaughter of our indigenous sisters and brothers was “justified” by the pernicious “Doctrine of Discovery,” a Papal decree that gave Europeans the “right” to invade, steal, rape, possess, and colonize any non-Christian lands and peoples they “discovered,” on the premise that such lands were “terris nullus,” i.e. “empty” by virtue of being devoid of “Christians.” Although most of us may never have learned about this “doctrine” in particular, it’s not hard to hear within it the justification for the “manifest destiny” that we were taught to celebrate as that which made America “great” in its divinely blessed expansion from “sea to shining sea.”

The sad, and still largely unacknowledged truth, was well-stated more than 50 years ago by the Rev. Dr. Martin Luther King, Jr. when he lamented that we may well be the only nation in the world born out of a national policy of genocide toward its indigenous population! And yet even worse is the extent to which we elevated this government-sanctioned terrorism to a noble crusade, for which “even today we have not permitted ourselves to reject or feel remorse.” And apart from still not being honest in our teaching about this shameful legacy, its devastating consequences are still experienced every day by those Indigenous survivors among us who often suffer from disproportionate poverty and disadvantage, not to mention the endless betrayal of broken treaties, and the discounting of tribal lands and native communities, most glaringly manifested in the on-going Standing Rock struggle.

Thus, as we prayerfully discern whether to declare ourselves a “Sanctuary” church, a place of love, safety, and solidarity with a and for our immigrant friends and neighbors at risk of deportation by a rogue government that has yet to come to terms with its own illegality from the perspective of those here long before us, I remain haunted by a black woman inquiring as to when and where there will ever be a place of sanctuary for someone who looks like her. One small way that I believe we are attempting to be such a “sanctuary” is though displaying our “Black Lives Matter” sign in front of our church, (now in its tenth iteration, following the theft of the previous 9 signs.)

And by the same token, one of the ways that we can begin as a nation to become long overdue “sanctuary” for the only ones who can truly claim to be native to this land is to affirm that “Indigenous Lives Matter” through replacing the terrorist legacy of Columbus Day, with a celebration of the resistance and resilience of Indigenous peoples throughout the Americas. For in the words of historian Bill Begelow, “if indigenous peoples’ lives really mattered in our society, and if Black people’s lives really mattered, it would be inconceivable to honor the father of the slave trade with a national holiday.” It’s long past time to abolish Columbus Day in favor of Indigenous Peoples Day! The good news is that all across our nation cities and states (including our next door neighbor, Vermont) are embracing this transformation. As a community of faith seeking to ensure “sanctuary for all,” how can we not likewise be among those who choose what Black theologian James Cone calls the “love of making a decision against white racism” in all its many and varied forms?! For truly, in the words of the Lakota people, “Mitakye Oyasin”—we are all related!

Ever grateful for the spiritual kin-ship of the “sanctuary” we share with all of you,

Your Co-pastors,
Susan and John